Media - Anatomy of a Target Client 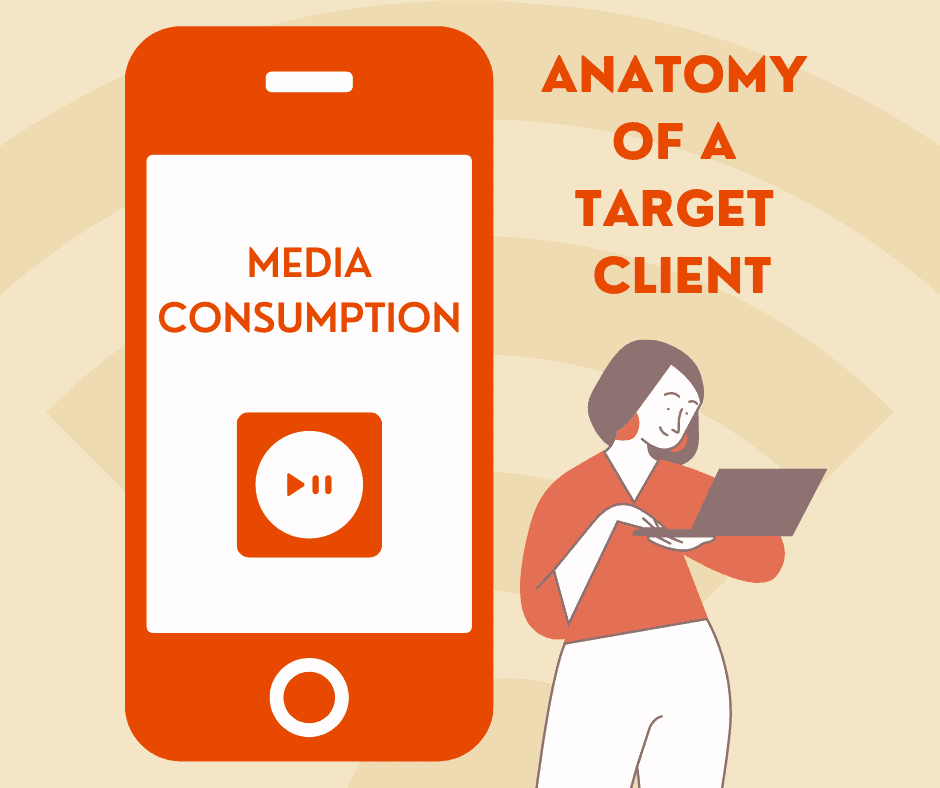 We’re a highly digitised and interconnected society in the modern day.

As a result, active media consumption has become a near-universal reality.

This opens up an opportunity to better understand your target audience and finetune a strategy geared towards the type of content that sets customers’ eyes ablaze when they open their phones or laptops.

This may not seem as critical from a first glance - after all, everyone watches TV, reads online news and has their say on Twitter, right?

There are certain differing characteristics to take into account, as have appeared in prior entries in this series, which can affect the media consumption habits of your target client.

Age, for instance, is yet again an important thing to consider when deciding which particular media channels will best reach your target client.

For example, young consumers typically get their news updates online, through social media, via the use of a mobile phone.

Older consumers, on the other hand, may be far more inclined to get their news updates from prestigious newspapers.

Getting right into the nitty-gritty of what holds your target audience’s attention can help your business better understand their media consumption habits and build a strategy designed to directly reach those customers where and when it matters most.

But how exactly can organisations get this kind of specific detail?

Say if your target audience is young women and that research suggests a majority tend to use Instagram more prolifically than their male counterparts, examining that platform closely could not only yield some insight into their preferences but also present an opportunity to directly target them.

The same goes for other social media platforms, however, that’s only one avenue to consider.

This is where market research can really lend a helping hand, with surveys and questionnaires allowing businesses access to the specifics of users’ media consumption habits.

Though this will certainly help with your overall strategy, it’s important to be proactive and consistently keep track of what is resonating with your target audience and which channels are getting the most engagement from which groups, in order to refine your approach.

By building a better picture of the patterns driving your target audience’s activities on the web and beyond, it can be far easier to produce a marketing strategy designed to resonate with them.

Media consumption can be a difficult beast to tame, particularly considering the different diverging paths various target audiences may take, as determined by their own personal characteristics.

This is why it’s absolutely critical that businesses invest time and effort into narrowing down the media channels and relating habits favoured by their target audience.

In doing so, organisations can save a great deal of resources in avoiding a ‘shoot and hope’ marketing strategy that could hit far and wide of the intended mark.